MY INTERVIEW ON RADIO ISLAM (Chicago,USA) 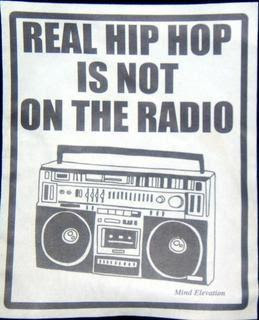 Peace. I was interviewed by Sister Tasleem J. El-Hakim on Radio Islam (Chicago,USA) about Arabic Hip Hop & just good music.
I talk about the Narcicyst, Shadia Mansour, Omar Offendum, Lowkey. My Radio Show, Re-Volt & Hip Hop in Saudi Arabia..
Check me out.
If you wana know what I'm all about..Listen to this interview..
Respect to Tasleem (Much respect)
THE INTERVIEW(Click Play Below)

A documentary on the rise of Arab Hip-Hop..This is the Trailer & an event will be premiering the documentary in Dohar,Qatar @ The New Student Center, Qatar Foundation on TUESDAY 8th Feb '11.
The documentary is about Arab Artists and their cultivation of western art into modern Arab culture. Directed and Produced by Shannon Farhoud, Rana Khaled, Ashlene Ramadan.
If you in Qatar,Drop by! :)
Posted by BIG HASS at 5:21 AM 1 comment:

A Great Source for real Art..
I had the great chance to be interviewed by this great magazine. (& I'm not saying that cuz i got interviewed)
Its real cool.. Check it out
Interview Link:
http://www.fenmag.com/2010/06/10/6qs-with-radio-host-hass-dennaoui/
Posted by BIG HASS at 3:19 PM No comments:

RE-VOLT ON 20SOMETHING (DUBAI ONE TV)

I had the opportunity to appear on the Youth Show (20Something) that airs on Dubai One TV..Check it out.
Much respect to the 20Something Team. 1 love
Posted by BIG HASS at 11:54 AM No comments: 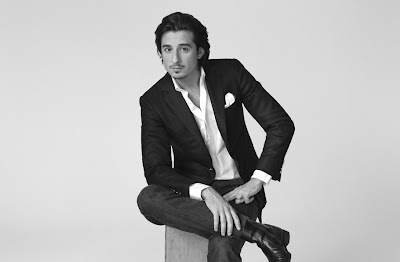 Ali F. Mostafa is the Director/Writer/Producer of the Dubai featured film "City Of Life".
Ali was born in London to an Emirati father & English mother.From an early age Ali had an eye for the production process & creativity & is currently revolting using the camera.
I personally have recently scene the movie during my last trip to Dubai (I recommend getting the DVD) & its really good as it shows a nice well put story in addition to the life in the city of Dubai.
I caught up with Ali in Dubai for a quick interview to discuss the movie, his selection of the cast & especially the role of Khalfan played by the Iraqi/Canadian MC (The Narcicyst) in addition to his future works (wait till you hear this one!)
I Thank Ali for his time & wish him the best of luck.
To follow Ali check out his Website:
http://www.afmfilms.com/
THE FULL AUDIO INTERVIEW (Just Click Play below)

Being from Saudi Arabia.. I feel Sad to see my hometown Jeddah suffer just because "Officials" are not doing their greatest job in implementing directions they were instructed to do...
In November '09 , the heavy rains hit the city unexpectedly but this time we had no excuse..
This is a video + you can find alot on Youtube. Just type " Jeddah Rain"
Big up & respect to the people who are helping out. People unite.
Posted by BIG HASS at 2:19 AM No comments:

One of the tracks that will make you see whats the difference between the Hip Hop you hear on the FM radio & real Hip Hop!
What a track!
Posted by BIG HASS at 7:18 AM 3 comments:

THIS IS EPIC IN EVERY SINGLE WAY! BIG UP B+ (MOCHILLA)
HipHopDX Presents This historic trip of Nas and Damian Marley to Bob Marley's Hope Road home, filmed by B+. Nas takes it all in with a Cuban cigar, while Damian looks around home.
FULL STORY IS RIGHT HERE:
http://www.hiphopdx.com/index/editorials/id.1644/title.distant-relatives-jamaican-journey-part-one-hope-road?sms_ss=facebook&at_xt=4d35a282a34cef61,0
Posted by BIG HASS at 8:00 AM No comments: 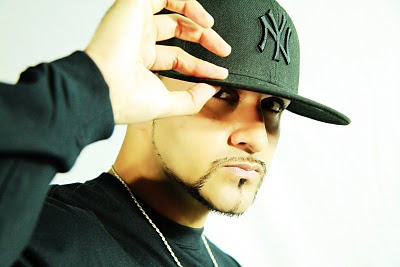 Ladies & Gents, I introduce to you SULLEE J. A Hip Hop artist that grew up in a Pakistani/American culture.
He struggled with neglect, racism and heartaches. He hopes to open doors for many other south Asians in the hip hop game trying to make it.
I was introduced to Sullee by my warrior sister (Harrabic Tubman)that runs the Show N Prove radio in NY. I checked his profile up & what attracted me to this guy is his track "Billy's Conscious" in which he made a rap song about a man "Billy" that was suffering from a disease that doctors didnt know what its called, so they called it by his name!.
Full Story here: http://www.youtube.com/watch?v=WNmA4RESv88
I had a great interview with Sullee J where we discussed his life & hip hop..in addition to a great freestyle at the end of the interview.
To follow Sullee just check his awesome site out
http://www.sulleej.com/
THE FULL AUDIO INTERVIEW(click plat below)

Life=Basketball (Title of My first book I want to write in my life time)
Lots of inspiration for me in this game..
Check out this Commercial by Michael Jordan..
Posted by BIG HASS at 9:40 AM 2 comments:

I interviewed DJ BOO last week & asked him to do his special drop to Re-volt. This is the result. Much respect to you Sir!
Check it out! LOVED IT!
Posted by BIG HASS at 5:30 AM No comments:

For the first time ever, the largest church in New York had a special prayer for the people of Palestine.
Saint Patrick's Cathedral is a historical landmark, drawing tourists from all over the world. Today it was for the Gazans killed and wounded during the Israeli war on the strip two years ago.

With large numbers of Christians leaving the Middle East, the Clergy today had another message for the ones that are left: stay put and be Patient.

The prayer service had a somber feel to it as worshippers prayed for peace and justice for Palestinians of all faiths.

The Gaza strip remains besieged with little food and medical supplies allowed in, and almost no access to the outside world.

Bethlehem is the city Jesus was born in, but remains under Israeli occupation and divided from Jerusalem by an apartheid wall.
Shout out to Existence is Resistance.
*The event took place on Jan 11th, 2011.
Posted by BIG HASS at 7:18 AM No comments: DAVEY D is a nationally recognized journalist , Hip Hop historian, a radio host, producer, media & community activist..for me you gota listen to a man whose been in the game for that long & hes been in it from 1977!
I had the great honor of having Davey on my show for what happen to be one of the best interviews i did. So much information about hip hop, radio business, life & just being real.
To all the Hip Hop heads out there..this is really a must heard interview as Davey clearly states that "FM RADIO should not be given that power we all claim it deserves". We talked about how would Hip Hop be if Biggie & 2Pac were alive!
Besides his vision in Hip Hop, he has a great resume of interviews with some of the best hip hop artists of all time..Check out his interview with TuPac!
For more info & to follow Davey , check out his website:
http://www.daveyd.com
THE FULL AUDIO INTERVIEW (Click Play Below) 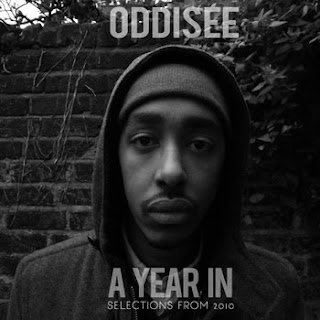 Peace! I came across ODDISEE about a week ago for the first time! & I was blown away with the talent this brother has.
I already contacted this talented fella & will be conducting a RE-VOLT RADIO interview very soon inshalla...
This Sudanese/ American artist revolts with his Beats & Lyrics! hes a true art that should be credit on what he does and is definitely representing real hip hop & soul music.
For now, check out his latest work where he combined some of his best tracks for the 2010 in "A Year In" which is a must heard album!
Check out that track below "Im from P.G" one of my fav!
SUDAN STAND UP! 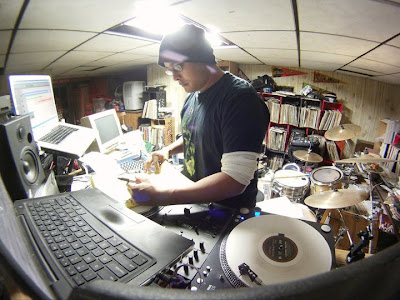 Ladies & Gents, I introduce to you to DJ BOO, a NY based Hip Hop DJ with a mission to show case his talents. I got to know him though Omar Offendum & The Narcicyst since they do shows with him sometime.
Its crucial to give credit to this art of DJing/turntablism & he's doing his thing there.
He has shared the stage with the likes of Talib Kweli,Cool G Rap, Ghostface, Common & many more. Also continues to work with new upcoming MC's like the awesome Eternia & also is working closely with the collective group "Nomadic WaX"
I caught up with BOO & had a discussion about his beginning, his thoughts on Arabic hip hop, record labels & other topics.
Id like to thank DJ BOO for his time to do this! Much respect & hope we link up soon in Arabia.
THE FULL AUDIO INTERVIEW(Click Play below)

Check out some of DJ BOO's work here:
http://soundcloud.com/booda-x
Posted by BIG HASS at 6:04 PM No comments:

A photographer that was not discovered..till NOW..this is one fascinating story & I am locking up an interview with the person who discovered this..
Brilliant story!
Check out the full story in the report:
Also you can check out the blog that has the full story + other pictures
http://vivianmaier.blogspot.com/
Posted by BIG HASS at 2:39 PM No comments:

Check out my brother Mazzi doing his Freestyle thing on Toca Tuesday Radio Show. What a talent!
Much respect & love & hopefully well see you soon in the Middle-East Maz! 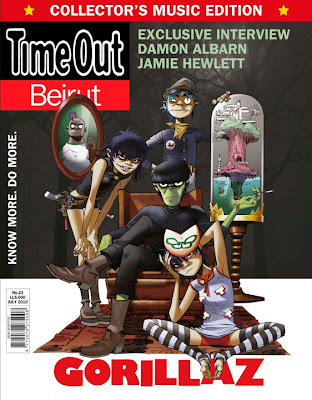 Time Out Beirut is a arts, culture and entertainment magazine. A guide to all that is happening in Beirut every month both in print and online. It's part of the International group Time Out which has over 37 city magazine's around the world.
They provide a platform for up and coming musicians in Lebanon by supporting them through the magazine and online and through promotion of events.
I caught with Naomi Sergeant whose is the Director of Time Out Beirut to have a discussion about the magazine business in Lebanon & the Middle East, their support to non-commercial artists & their future plans & her views on FM radios in Lebanon.
Cover on the right was the Nov'10 issue & was actually designed by the Gorillaz themselves since they had a phenomenal show in Beirut & was actually interviewed by Timeout Beirut. You can find that interview along many others & news about Beirut City in TimeOut Beirut Official Website:
http://www.timeoutbeirut.com/
I would like to Thank Naomi for her time & wish you guys all the best!
**RE-VOLT was featured on Timeout Beirut in their double issue Dec'10/Jan'11
http://www.timeoutbeirut.com/music&festivals/article/4412/hip-hop-re-volt.html
THE FULL AUDIO INTERVIEW(click play below): 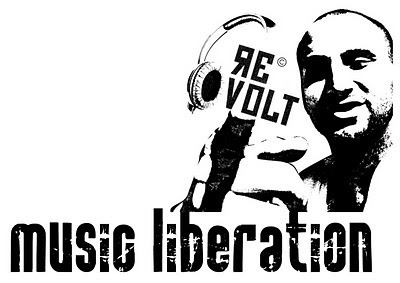 I was lucky to actually play Arabic Hip Hop for the first time on the Radio in Lebanon. I believe radio stations there dont play & support any Arabic Hip Hop artists which is a big shame.
My man Freddy from Radio Lebanon (96.2FM) has a show called the TRIP & he invited me over to play some of the tracks that RE-VOLT has been playing ONLINE..
Big Shout out to him for letting me do this .
I really enjoyed this set & tell you the truth I felt proud hearing songs like Long live Palestine by Lowkey & Al Kofeyye Arabia by Shadia Mansour being played on the Lebanese National Radio! The set also included tracks by Offendum, The Narcicyst, DJ lethal skillz & many other MC's! (Check it out below & let me know what you think)
The FULL RADIO SET is available here: