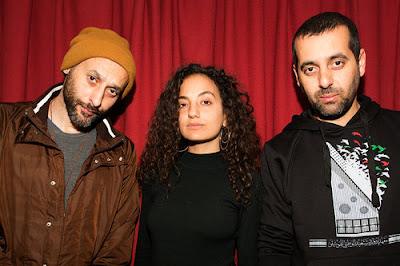 Palestinian Hip-Hop group DAM. They been active for a while, since 1999 I believe and when I got into blogging in 2006, I found myself following them and their journey. What I love about DAM is their statements but in a "sarcastic/comical" way - very powerful.

About 5 months ago, they released the below track/video entitled
" Emta Njawzak Yamma" which translates in a way to "When Will You Marry my son/daughter?"

Discussing marriage and the pressure that could be on both females and males from older generations to get married but in a sarcastic/cool approach.

Check out the full video below.

Kuwaiti Duo Sons Of Yusuf Strike Back with "Ma Nesaina"


Very excited to share the below Q/A with Saüd , who I have became a fan of since he dropped his first album last year. He has showed re-volt and me personally lots of support and I am so proud of him. The album that he's about to drop is so dope and is truly is a "Bridge" and a connection between East and West. I personally liked how the "beats" somehow matured even more on this one and I am a big fan of the names that were involved.

Album will be released on Streaming Services and on Soundcloud

I leave you with the interview below...
Show love, show support...


RE-VOLT: Before we start talking about the new album, your first album "013-310" was dropped in Sept last year. What has been the most memorable part of that journey?

Saüd: The most memorable part of that journey was definitely the process of creating records with a diverse group of talented friends and putting it all together. The reaction and feedback I got from a lot of people, and most importantly, the love and support that I received from all over the world was an incentive to keep me going. Also, the bonds created and the people I met along the way are ones that I will forever remember and be grateful for. 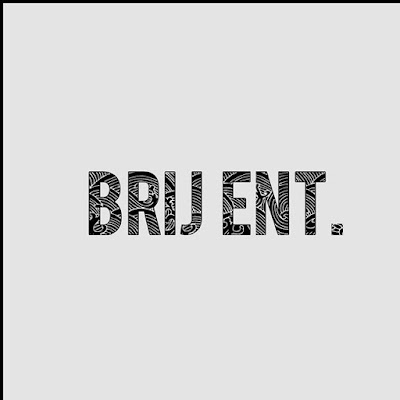 RE-VOLT: Tell us about Brij Ent?

Saüd: B.E is my entertainment and distribution company based in Los Angeles, California. B.E is all about bridging music and culture and having people from all over the world collaborate and create timeless art. It is also an active process of incorporating sounds I hear from different moments and experiences. In the future my bigger plans for B.E is to expand in the Middle East and build music production houses in Saudi Arabia. The reason behind this vision is to find ways to develop artists, build their brands and prepare them for the current industry standards and global music scene. Additionally, creating masterclasses with professional singers, rappers and songwriters to learn the ins and outs of the process of music creation. The talent in our region is undeniable and so precious that we have to do everything right from the start.


RE-VOLT: And now, your SECOND Album,  which you were kind enough to reveal to re-volt is entitled "Follow Me Home" Who does it feature? When will you release it? Will we see more Arab MC's in this one? Spill the juice.

Saüd: I would rather keep the names as a surprise my brother. But in the meantime,
I dropped 2 Singles from the album already,
- Cassidy and Cerdafied entitled "With Me Or Against Me" and I also dropped another one featuring pre kai ro and 24hrs entitled "Follow Me Home", go check them out. Album will be up on all platforms 16/07/19


RE-VOLT: I have to ask you about that amazing Album Artwork, We love it. What did you want to convey through the artwork?

Saüd: The artwork by Marwan Shahin is a depiction of both my worlds. My life in California for the past 7 years and my identity as a Saudi and what I really represent.
I wanted to convey that it is so important to be proud of where you come from and represent your roots to the fullest. My life in California polished me as a creative and I owe it to the people out there that paved the way for me and helped me understand the process. But at the same time, if it wasn't for me growing up in Saudi, my family and my friends, my perception of music and life and my approach would be completely different.


RE-VOLT: Do you feel "restricted" in anyway being a Saudi Producer that does this kind of production - which is not something a lot of Saudis are used to hear?

Saüd: In my opinion, we are a country of tastemakers which is why I don’t feel restricted at all. On the contrary, a lot of Saudis listen to various styles of music ranging from hip-hop to heavy metal. We have so much influence mainly because of how active we are on social media and all online music platforms. The youth is definitely more open to exploring what music they like instead of what they are forced fed to like.

RE-VOLT: Last time we chatted, you mentioned few names as artists you admire from the Middle East, would you want to add any additional names?

Narcy: The first Arab hip-hop artist I’ve listened to together with my brother Omar Offendum. Both are pioneers in this Arab hip-hop movement. Both are legends in my opinion and their names should be mentioned every time anyone discusses Arabic Hip-hop.

- pre kai ro: in my opinion is ready to take over the global scene anytime soon. Timeless sounds, beautiful melodies and incredible songwriting.
- Sizer is an amazing DJ and is finding his sound as a hip-hop artist! Great talent!
- Freek is killing it! He created his own lane. Amazing melodies and great energy in his music! Absolutely love what he does. Drill music just bought a new house in the UAE.

- Keyz reppin Sudan to the fullest! He is an incredible lyricist and such an energetic and humble dude and I believe he has so much potential and will be something big real soon.

RE-VOLT As a producer, do you feel that a rapper/singer should do music that connects with his/her people in order for them to be successful?

Saüd: I believe that success in music comes when you connect with ALL people. If you make specific songs about specific issues, it’s cool but it will only take you so far. People love music that is fresh and relatable. Give them that, and once you’re on, connect with your people and pay homage.

RE-VOLT: Some artists in MENA region feel that their music is universal, but at the same time, they can’t leave MENA, how can they approach that while doing music?

Saüd: With the rise of the independent artist movement, it really does not matter where you come from as long as the music speaks. In today’s music business, the internet and cutting the middle man (label) from the equation has made it so easy to distribute and market your own music to a worldwide audience. It is really up to the you to choose the preferred target demographic, setup a budget and market to them.

RE-VOLT:  Curious Question about your joint BEIT SH3R with Offendum on "013-310". How easy/difficult was it to convince Offendum to get on this beat, especially that it might be a bit different that the beats we are used to hear Offendum on?

Saüd:  On Beit Sh3r, Omar and I felt that the beat actually screams Offendum. He was actually pretty excited to jump on it right away. Omar is one of the most talented songwriters/poets that I have ever encountered. Not only is he willing to try out new things, but he embodies every beat I send him.


RE-VOLT: What attracts you in a rapper? His flow? Words? personality? how can some of the rappers reading this get on your next project.

Saüd : Talent, work ethic and humbleness. They can always reach out to me on my email as I am constantly seeking local talent.

Saüd:  The Journey to my second album has been a crazy one Hass. I can't wait to share this music with the world! Shout Out to everybody who worked on this album! I appreciate each and everyone of you! And thank you brother Hass for always supporting the Arab music scene and showing us all so much love!
Posted by BIG HASS at 11:11 AM No comments: