When I first hit up Johnny "Juice" for an Interview on RE-VOLT Radio, he replied back quick and I really felt honored to interview & having the chance to talk to someone from Juice's caliber given that he has been doing his thing for quite some time & is considered a legend in the real hip hop scene.
Johnny Juice is a DJ/Producer of the legendary Hip Hop Group Public Enemy; but its not only DJing that he has succeeded at. He does Film Composing as well and is creative in every single way.
I called up Juice for a great interview on RE-VOLT where he discussed his beginnings with PE, his thought on Hip Hop now-a-days, his collaboration with Arabic Hip Hop female artist Shadia Mansour & his opinion on her & Lowkey. Really a great interview.
Big up to Johnny for doing this. Its an honor bro.
I am sorry for the quality of the recording (this was really the best that i can do given that it was a phone interview)
THE FULL AUDIO INTERVIEW (just click play) 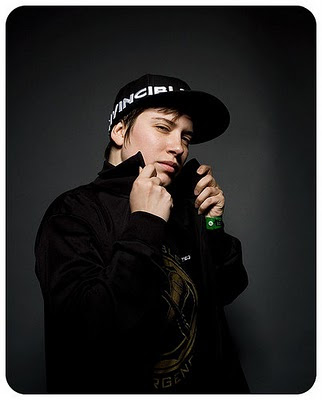 Detroit based Hip-Hop artist Invincible began writing lyrics at the age of nine, shortly after moving to the Midwest from Israel or as she calls it (Palestine) and learning English by memorizing her favorite songs.
She started her own media company EMERGENCE and released her critically acclaimed debut album ShapeShifters in 2008.
Her lyrics are deeply rooted in social justice work, reflected in a writing process that often involves community interviews and feedback!
RE-VOLT caught up with the revolutionary artist and discussed her passion for activism, her thoughts on Arabic Hip Hop, her opinion on the Detroit Hip Hop scene, her work with the Detroit community, also her newest project with Waajeed (check this new video out)
Invincible is definitely one of the truest realest MC's out there. I am proud to have her on RE-VOLT Radio & I thank her for the time she's given me. Support her by buying her tracks on Itunes or through her website :)
THE FULL AUDIO INTERVIEW(just click play) 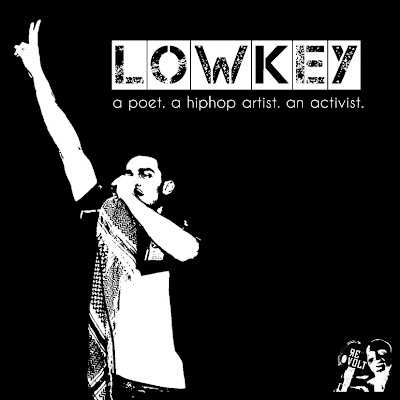 LOWKEY released a new video of the song "Cradle Of Civilization" feat Mai Khalil; Click here to view the amazing video! It has been only 3 days & the views are up to 30,000! (Just for you to know that this is YOUR WORK,Lowkey has no Label, no TV Support, no FM Support. He got fans, supporters, believers, activists..)
The song is an honest and true meaning of REAL tunes that should be hitting those FM Radios.
Take a look at this video and the true real lyrics that Lowkey speaks.
Do you ask yourself; why a tune such as this dont get blasted over the radios? its because whoever is in power want to control your minds & the way you think. They are doing it through Music & by playing non-sense on the radios.
The power is in YOUR hands to change that.
Start Re-volting & start Now!
I am proud of you brother Kareem..
Salam
Posted by BIG HASS at 3:44 AM No comments: 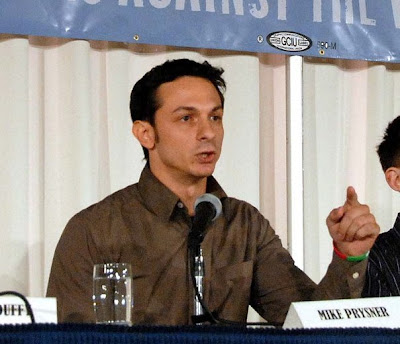 MICHAEL PRYSNER took the world by storm when he spoke up about the war in IRAQ. I saw the video and it just made me want introduce him to the RE-VOLT family.
Click here to see the full speech (just hear this out)
RE-VOLT caught up with Michael and spoke about this speech, and how its important to always revolt in any way possible to make a point, also his thoughts on how artists & musicians can affect a situation. He mentioned Dead Prez as having a huge impact on him.
You can follow & support Mike here by going to this link (March Forward)
THE FULL AUDIO INTERVIEW (just click play)
Posted by BIG HASS at 12:34 PM No comments: 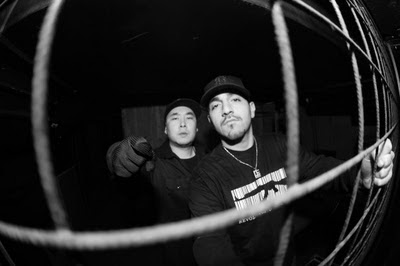 If revolution had a soundtrack, what would that sound be? A duo of devoted artists/activists from the West Coast may have the answer. REVOLUTION OF THE MIND depicts through its music, vivid imagery and accounts of the turmoil that shapes politics and society throughout the world.
I came across their amazing song/video "Die for my people" and that alone triggered me to interview them & introduce them to you Ladies & Gents!
I called up Sheik (the vocalist of the group) and had a great discussion about revolution, FM Radios & I had a LIVE FREESTYLE performance ; also his input on Busta's Arab Money track - check out the video here
Sheik is joined by DFI (DJ) and they both are making some noise. Real revolutionary tunes coming from Revolution Of The Mind !
You can follow ROTM through their official Website: http://www.revolutionofthemind.com/
THE FULL AUDIO INTERVIEW 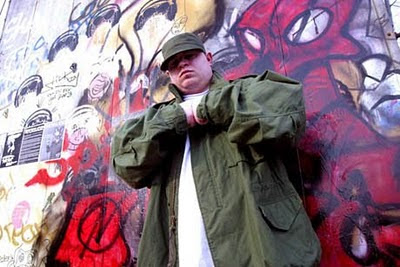 Ladies & Gents, I introduce to you Vinnie Paz, A Muslim Italian American Rapper and the lyricist behind the Philadelphia underground hip hop group Jedi Mind Tricks.
RE-VOLT caught up with Vinnie and had a really interesting discussion about his art, his believes and his thoughts on commercialism of FM Radio, his collaboration with Black Banners (Middle East) & his new album!
For those people who really follow Vinnie, you might think that his personality is rigid , tough. In this interview Vinnie showed that he's a brother just like everyone else & was really down to earth and showed some love to the Middle East.
I would advice you to BUY his new album right now! its really an amazing one.
THE FULL AUDIO INTERVIEW (Click Play & get Vinnied lol)