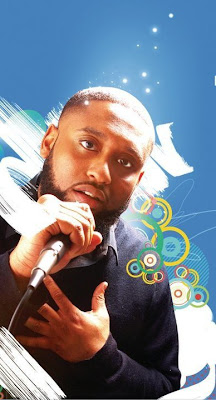 Mohammed YAHYA is a Mozambican born Rapper/Spoken Word Artist who was forced to flee his country of birth during the civil war. Having moved to Portugal - he began to show interest in music & poetry. Being surrounded with tough circumstances, he used music to channel his thoughts & energy in a positive manner.
I have been supporting Mohammed for quite some time now & I admire his talent - moreover his will to do workshops & actually implement what he talks about in his lyrics.
I was very fortunate to conduct a quick radio interview with him for Re-Volt Radio..Check it out below

You can support Mohammed by going to his Facebook Page
Posted by BIG HASS at 2:01 PM No comments:

Re-Volting | Cultures of Resistance: A Day with Lowkey & Shadia

Cultures of Resistance .. an organization always searching for truth & they do a lot of great work did this quick video with Lowkey & Shadia Mansour. (Artists that I support fully in their quest of delivering meaningful lyrics using their voice & talent)
Mad respect for both..Notice Lowkey's T-Shirt?! #Good Times
Peace & Love
Posted by BIG HASS at 8:42 AM 1 comment:

Shout out to the brothers Arabian Knightz & DJ Lethal Skillz.
The video was directed & Edited by the Talented Laith Majali.
Arab Hip-Hop Stand Up!
Posted by BIG HASS at 7:41 AM 1 comment:

TRAILER: Existence is Resistance Presents: Hip Hop is Bigger Than the Occupation

My Hip-Hop family from Existence Is Resistance have been doing great thing to show how hip-hop can be used as a positive tool & as a tool to maybe even help end an occupation.
This is a trailer of a film by E.I.R & my brother Nana Dankwa about a musical tour to Palestine teaching resistance through the arts. Featuring M1 (Dead Prez), Lowkey, Shadia Mansour, Marcel Cartier, Mazzi (S.O.U.L Purpose), DJ Vega Benetton, SWYC, University of Hip Hop, Jody Mcintyre & many more..
Please check their website up for more info
http://www.existenceisresistance.org/
Posted by BIG HASS at 1:56 PM No comments: