Palestenian Hip-Hop Artist "Muqata'a" releases "La Lisana Lah" || A Sound Like No Other!

I have always loved Muqata'a , I do believe he is TOP 3 Arab Rappers. His production is also incredible. He has released an Instrumental album entitled "La Lisana Lah" (One without a Tongue)

I asked him what's the process of creating such a sound, and this is his answer.. "Loved it"

"As a child I was listening to a lot of Trip-Hop, downtempo, electronic, drum n bass & hip-hop music. When I started, this is the type of music I wanted to make. Then I started writing on my beats because I felt like I had to express myself in a more direct way and through that start some sort of conversation, and also because I love hip hop music. 'La Lisana Lah' and a lot of the instrumental tracks I have been releasing recently are still hip-hop, but also influenced by many other sounds and types of music. The fact that I am now releasing mainly instrumental music has a lot to do with the situation we live in today. Our reality is being changed quickly and we have no control over what happens. Also, the over-saturation of "information" and "content" essentially mutes us all. We need a new language to communicate with.
La Lisana Lah, is somewhat a representation of that." Muqata'a


I've known of British-Yemeni spoken word poet "Sanasiino" for over 8 years now. Her passion & incredible poetry truly are inspiring. My favorite rapper "Lowkey" has always collaborated & spoke of her. They did this track.

On June 14th, 2017, a huge fire happened at GRENFELL TOWER , North Kensington in London. Many casualties, dead, victims of a corrupt system..so Sana used what she's good at to reflect her thoughts about this incident to inspire, to help.. She did a poem and it's incredible..

I asked her about the reasons of why she did the poem, her reply was:

"To this day I can say, hand on heart, no event of this scale has affected me as much as the Grenfell tower blaze has. I'm not too sure why this is, but I believe it is due to the fact that this was a complete and utter negligence and irresponsibility on behalf of the council toward people that were of a lower class to those across the road from them in Kensington.
This was an absolute tragedy and a catastrophic blunder that could have been avoided had the authorities heeded the calls of many residents in the tower who warned them of the risks within the block. I grew up in the west London area, about fifteen mins way from Grenfell and although I did not know anyone in the block, this was very close to home. My family and I lived in a tower of that size for more than fifteen years and to look into the charred windows of grenfell and see the face of my family in there is absolutely daunting. Every missing persons poster I see at the site of grenfell, although they are complete strangers to me, feels like a lost loved one, truly. It pains me to look at their faces and to think of their last moments on earth; what were they thinking, what were they feeling, did they cry, were they scared? These are all thoughts that have haunted me and many people around me for more than a month.

Anyone familiar with my work can confirm I very rarely post or publish new spoken word pieces. As a creative I personally don't like to force myself to write anything in fear of it not coming across as genuine. The last I uploaded anything was more than a year and a half ago. But when I saw grenfell ablaze, something ignited deep inside me and I found myself spilling emotions onto a page for the first time in a very long time. There was no thought involved, i picked up a pen and let my heart say what it needed to say and this is the result of some 20-30mins of writing. I am beyond grateful for the response I've received for this and I am humbled and honoured that many were able to resonate with these words.

It does absolutely nothing to rectify what has happened but I believe we as individuals have a duty to personally contribute when such tragedies unfold. For many, this was donating aid. For others, this was counseling survivors. As a writer, this was my contribution to keep Grenfell in the headlines."

CHECK OUT THE POEM BELOW


I am always trying to give a voice to artists and I pride myself that I been doing this since 2008. Its simply a liberating feeling for me when I reach out to artists who are not getting enough "exposure" to feature on my blog just as a sign of solidarity and support. Today's guest is Emirati singer Rashed Al Nuaimi  whom I first stumbled on via his instagram account and this song:-


I became a fan and I wanted to show support. I salute this brother and wish him nothing but the best. The interview has been done a month ago and I thank him for his time. Have a nice read & show love to him.

Big Hass: What's up brother?
Rashed Al Nuaimi: Thank you for having me brother.


BH : Your passion for singing shows. How did that passion start?
RAN: There's no real way to answer this question..I like it ever since I was a kid, it was just something I always did; but I can definitely tell you when the transition happened between becoming something I'd do in the shower to something that I might make a career of.
It was not until I went to university and i joined my first vocal lesson class and I tapped into the "opera classical" type venue and I had my first recital at the end of the semester. I remember inviting my family to attend and they were all shocked although they knew I sing, but not to this extent..So i guess that course I took in university was the transition..I felt this could be something bigger..


BH: Do you remember the first track you ever heard?
RAN: "Laugh" Can you ever know the first track? but i can probably say the first favorite song was for "Whiteny Housten" who was a big inspiration as a kid, it was weird because I wouldn't find anyone my age listening to it. She was the reason why I would label myself as "Powerhouse" vocalist maybe. My housekeeper who was Ethiopian is the one who introduced me to Whitney Housten.


BH: You just finished/finishing the military service for the UAE. Salute on that. How do you feel and what has this experience meant to you?

RAN: I haven't finished yet; for me I serve my country in various ways, I dont label whatever I do with the army as extremely different, Either I serve it with my music, my day job and with literary just living here.  Whatever I do with the military is just adding to that whole journey of giving back an unmeasurable debt that I have to my country for giving me everything. It's something that I pride myself on alongside the other things that I do..My music is also a big part of that "giving back".

BH: Do you believe the UAE has a solid foundation in supporting their Local Artists?

RAN: Step by step. It's not fully formed yet, but its being created as we speak. We are kinda of setting a pedestal for the ones who would come after us. It's hard but its happening and we are creating it.


BH: Tell us about your participation at the Emerging Talent Competition that took place last year? how was that for you?

RAN: That was the biggest crowd I ever performed for. I thought I'd be nervous but surprisingly I was very comfortable. I love watching the reactions of people, I felt everything in its details. I saw facial expressions, I actually felt what the weather was like, how the "dishdasha" was moving in the wind. I also got to meet amazing local artists and interacting with them, getting to know their stories.

BH: Have you released any original material? and would you be interested in working with local/regional producers?

RAN:It's time for me to release original material. I been doing covers for quite sometime and gotten a name for it. I am definitely working on that. YES! of course, I would love to collabo, either I am doing a horrible job at finding them or they are doing an amazing job at hiding (lol) , if you know any, please direct me to them.


BH: How important is the support of the family?
RAN: Extremely important. I know a lot of people might not get it, I understand the value of having it. Sometimes you have to work against their wishes but I definitely believe that family's support will create a more stable road and it will also create a stamina that you need.

BH: What can we find on Rashed's MP3 player?
RAN: Mainly its Adele, Sam Smith, Whitney Housten. I also been listening to Mura Masa and John Bellion.

BH: Do you believe Radio Play is as important as before?

RAN: I guess it depends where you want to reach with your music, what's your definition of success and how much do you follow "mainstream/commercial" music. I definitely am a radio listener but I also can point out that the radio is not a "definitive" result of success, big part of it is marketing and feeding a commercial need, but i think its an outlet that somehow spreads your music. I would love my message to go through but also it would not affect me negatively if it did not because I believe in my message. Its an important tool, I hope it gets used in the right way to support the right people, to push the right content.. You can not deny that hearing your songs on the radio wont give you butterflies.. that's a fact :)

BH: What's your dream?
RAN:As cliche as it sounds, as many times you've heard it on Hallmark postcards..it is honestly to be happy. With music or without music, but I do believe that music for me is the road to reach my dream

BH: Any last words or shout outs?
RAN: Believe in yourself. Be Yourself and criticize yourself in a positive and healthy way. Always strive to be your own.


Thanks for your time Hass! 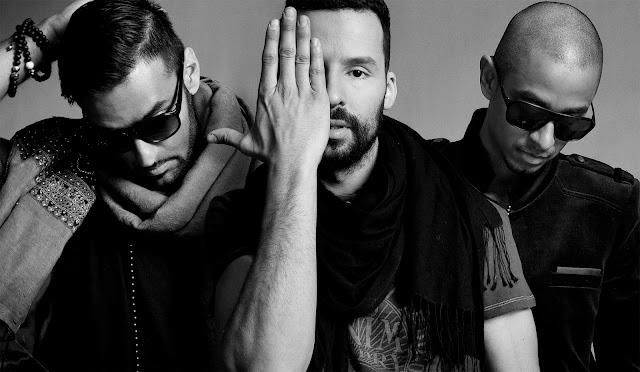 I still can not believe Outlandish called it quits... My heart aches, I am teary.. I grew up on their music. They were pioneers. They spoke truth in their music despite being signed to an international label. They proved that music can elevate. They had a very political track on the #1 charts "Look Into My Eyes",

Below is the announcement..

Moh Flow joins Pusha T on a track about #MuslimBan 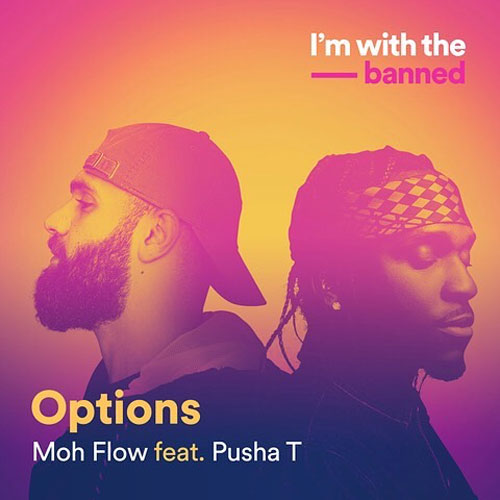 Music streaming service SPOTIFY launched a dope campaign entitled "I'm With The Banned" which simply teams up artists from countries that were impacted by the "Muslim Ban" with artists from the west in an attempt to show that music goes beyond borders.

Very proud to see Moh Flow (Syrian) & Sufvyn (Sudanese)  in that campaign. Been supporting these guys for a long time now! This is incredible
Posted by BIG HASS at 9:19 AM No comments:

Swerte from The Recipe drops a track about his upbringing in Indonesia !! 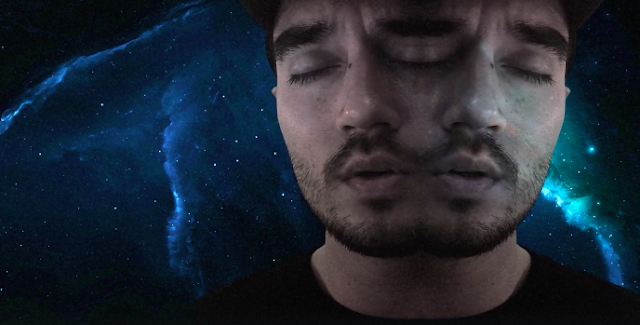 Swerte drops an incredible track talking about his upbringing in Indonesia. I really feel the vibe on this one and I appreciate him telling us about his history. He's half Swiss, Half Indonesian. He's a member of THE RECIPE who is a Hip-Hop group based in Dubai,UAE

Track is called "Everytime" and it is Produced by @4pribeat
Video Shot by Iron Liu Video Shot,
Edited and Conceptualized by Safa Fais