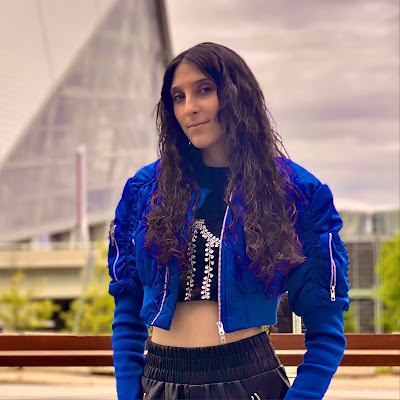 Little G Fresh is one of the most passionate souls out there. Artistically, she's  hungry. She's always striving; there's a certain "assurance" in her tone of voice that makes me proud of her because I've seen Little G get to work.

She JUST DROPPED HER DEBUT ALBUM entitled "Bottled Emotions" that you can stream on the platforms.

Below is a quick Q/A I did with Little G Fresh, Go Show Love and Show Support.

Re-Volt: - Take us through how you feeling right now as you about to drop your debut album and why Bottled Emotions?

Little G Fresh: I am feeling super excited to finally drop my album, Bottled Emotions. I created this album on my own as an independent artist. I took on many hats during this process because not only was I the artist but I was also behind all the production work. I produced all the beats from scratch and also mixed and mastered each and every song. It took a lot of time, hard work, and a lot of sleepless nights.

Re-Volt: -  You've been real consistent with music and dropping singles, collaborations, always hungry. Where does the hunger come from?

Little G Fresh: Hip-hop was a part of my childhood. It was always in my vicinity. My parents would always play rap music in the car, and my brothers would freestyle with me for fun. I began recording my own music when I was 11 years old, and I was instantly fascinated with the process. That's how I learned to utilize recording softwares on my own, and I've never looked back.

As a kid, I never thought of music as a hobby because I've always had high goals and felt I could make it into something enormous. I remained constant with it, and my passion for it grew. My 11-year-old self was the source of my hunger. I would feel the same way if only one person in the world listened to my music. I do it because it makes me happy.

Re-Volt: Out of the 12 songs in the album, which one was the hardest to finalize? and which one is your favorite?

Little G Fresh: I would have to say the hardest song to finalize was “One Shot” which is the last track on the album. I say this because this song wasn’t my style of music. But I wanted to be different and try new things, so I decided to make an EDM beat and mixed it with Hip-Hop drums. Overall, I love how the song turned out. It’s the perfect outro song for the album, and it gets me in an energetic mood. It’s very hard to pick a favorite song because each song has its own uniqueness to it. But at the moment, I always find myself listening to track #4, which is “Jealousy” The instrumental contains this really soothing harp melody, and the chorus is meaningful but so catchy. It is probably one of my deepest songs on the album. 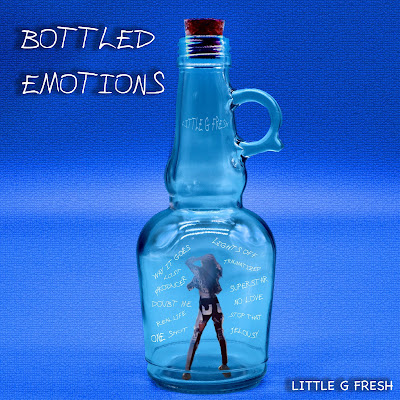 Re-Volt: You had two features on the album, Jara and Young Cap, how did those collabos happen?

Little G Fresh: It was a must for me to add my Arabic culture to the album. I planned to make an Arabic X English collab. Jara is a very talented Femcee based in Saudi Arabia and we collaborated on other projects in the past. I knew it would've been perfect to get her on this specific song. One day we were both talking about the future projects we were working on, and I brought up the idea of an Arabic collab to her, and she was all for it. I sent her the beat, and she did her thing.

The collab with Young Cap happened really fast. He is a local artist here in Cleveland, Ohio. We've always wanted to do a collab but never got to it (until the album). I pitched the song to him, and he loved it, then sent in his verse really quickly.

Re-Volt: During the process of finalizing the album, what was the most challenging aspect you had to deal with?

Little G Fresh: I had a lot of responsibilities to tackle because I was creating this album on my own. The engineering side of this album proved to be the most difficult. It's a tedious process, and transforming a dry mix into a professional-sounding song can be difficult. I can't tell you how many times I've exported a song and then gone back to tweak the mix several times. 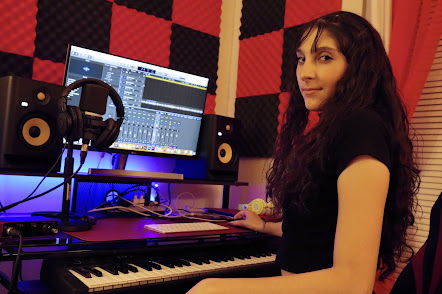 Re-Volt: What do you tell femcees that are not sure to take a step and get into the rap game, because its male dominated?

Little G Fresh: I have been seeing a lot of Femcees more recently, which is amazing!! For those who are still hesitant to enter the rap game because it is male-dominated or because they are afraid, to that I say, be YOU. The rap game isn't a competition, at least not in my opinion. It is not male vs female. Music is art, and if you have the passion for it, you must go for it. Every achievement starts with a decision to attempt, and the real risk is doing nothing. 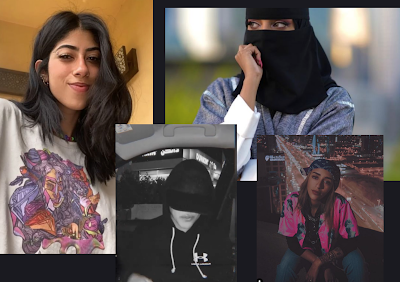 Re-Volt: And Lastly, if you had the opportunity to submit this album to one BIG artist, who would it be and why?

Little G Fresh: It would be an honor to send Eminem my album. His song "Without Me" was the first rap song I had ever heard. He had a significant influence on me as I grew up. As a kid, I used to freestyle to his instrumentals and remixed his songs. He plays a big role on why I started rapping. He has a talent for narrating stories and putting bizarre lyrics together in a way that makes sense. 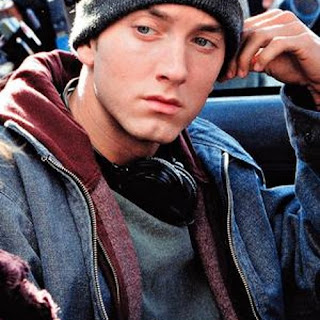 Stream The Full Album Below:
Posted by BIG HASS at 1:32 AM No comments: