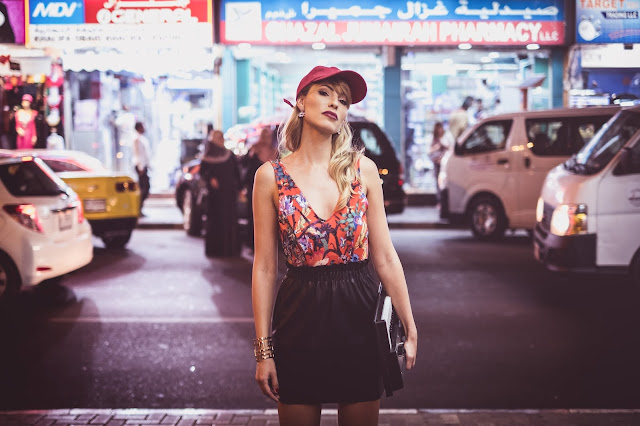 It didn't take a lot of time for me to become a big fan of this artist, her vibe and humbleness are just incredible. She has always shown support to artists in Dubai and I believe its our turn to show love to one of most talented musicians in this region. I had a quick Q&A with Aleks who just dropped her new solo song exclusively on Anghami.


Big Hass :You're an incredible keyboardist and vocalist. How did it all start for you?

Aleksandra: It all started when my parents took me to music school at the age of 5 after discovering that I was born with perfect pitch. It was at the time of the civil war in former Yugoslavia so no one was really buying pianos then but my parents had some savings and supported my love for music. My first piano was a beautiful 100 year old vintage upright we got from a family that was emigrating because of the war. I studied music for another 20 years or so after that. And during that same time, since the age of 12,
I was singing and playing in different bands and working with different music producers and touring with them around Europe. 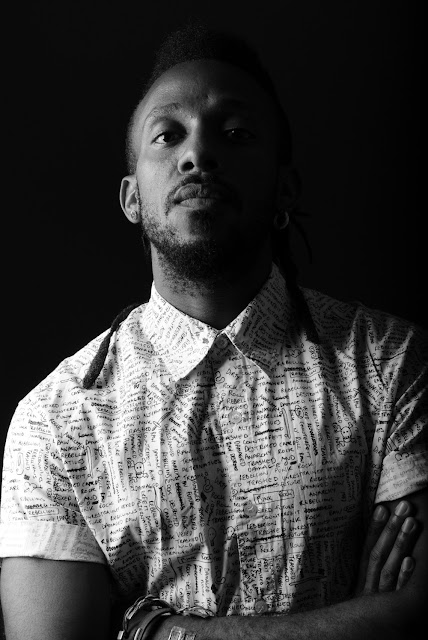 BH: How has it been working with Hamdan Al-Abri?

Aleks: He’s just brilliant! I have never met anyone like Hamdan. He has been a constant inspiration. He's a pioneer, groundbreaking and super brave with everything he's done, always a step ahead. I love the way he treats music and artistry with so much respect. He is so incredibly talented and hard working - his music is before everything else and on the top of all that he's so humble. So much love and respect for him.

BH: You just dropped a NEW solo song produced by "Rayan" Too Close To The Sun EXCLUSIVELY on Anghami. How did the track evolve? and how is it working with one of the hottest producers in town?

Aleks: Ohhhh, I love working with Bailouni! For me, his studio is a little happy place i always love going back to. Growing up an artist I always felt a bit like an outsider, felt like I'm not always fully understood. Amazing thing about Bailouni is that he understands my ideas and visions and I feel like I can express myself fully without being judged - and thats something I highly value. We work really well together. He’s so quick, talented and knowledgeable. And he’s just getting better and better!

With ‘Too Close To The Sun’ I just came to the studio with the piano lick I recorded on my voice messages and we loved the way how piano sounded detuned and slightly distorted. I played it again and we tried recreating the sound and while I was trying to figure what pads to play - Bailouni already created the magic. Then I just went in and laid down some vocals. We actually kept a lot of the original vocal takes. 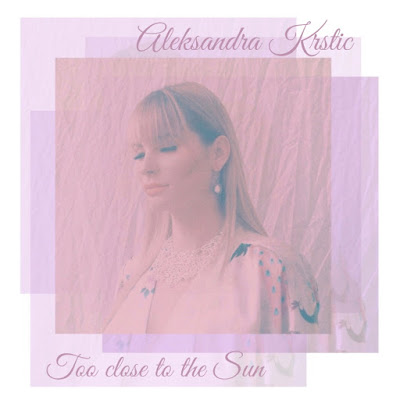 BH: You are inspired by legends like ella fitzgerald, billie holiday, aretha franklin, how important is it for the young generation to also study those greats?

Aleks: I think the fact that many great artists are long gone and that we still listen to their music says a lot about the longevity of the music. I don't believe in theory that old music is better and that whatever we are listening to today is bad - on the contrary - but I think it’s great to know the history so you can make the future better. I apply that in every sphere of life.

BH: What are your thoughts on the Dubai Music Scene?

Aleks: The first time I came to Dubai (almost 6 years ago) and started checking out the music clubs and bars I was pretty disappointed by the music being played. Everywhere I went I heard the same Top 40 music, sometimes even in the same order :) Living in Europe - I was used to going to live music clubs, techno clubs, hip-hip clubs or just any kind of club that played ‘underground’ or ‘alternative’ music, so places where there was some kind of subculture. It took me a while to find different venues and likeminded people, I started to realize that there is some alternative scene here. From that point on things changed rapidly!

New artists started popping up and there are many great ones. I figured that I can also create something that is going to maybe influence someone else in the future. Thats the great thing about this place, that we all can be pioneers in something and there is a whole new generation of young, bold and beautifully creative people who grew up on the art scene over here. If they are the epitome of things to come - then the future looks and sounds good. 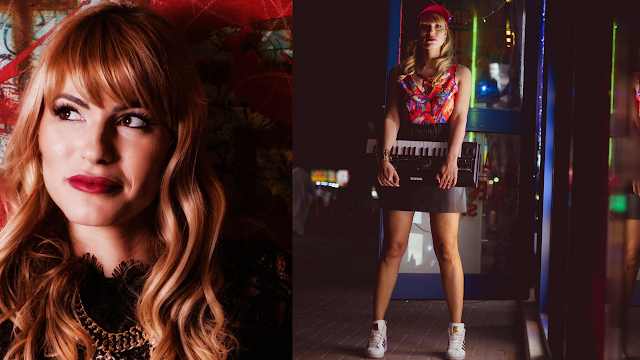 BH: What does live performance mean to you?

Aleks:  I've been performing since I was 8 years old so it’s pretty much second nature to me. I feel way more natural expressing myself through live performance and music. Performing live means you summoning a wide range of emotions, personalities and traits. I always try to leave a piece of my heart on stage. The biggest compliment for me is when someone says that my music sounds genuine or it touched someone in some way.

BH: Tell us something not a lot of people know about you..?

Aleks: I believe in equality, freedom of mind and speech. I love Wes Anderson’s and Wong Kar-wai’s movies. I studied video art and 3D animation for a while, and if I wasn't a musician I would probably be a Graphic Designer or a contemporary dancer :)

Aleks: Thanks a lot for all the love and support Big Hass, you're such a legend! Keep up with great work promoting and helping artists. We are all lucky to have you in our region, helping us get heard. I have nothing but love and respect for you.

Listen to the track Aleks just released on Anghami below 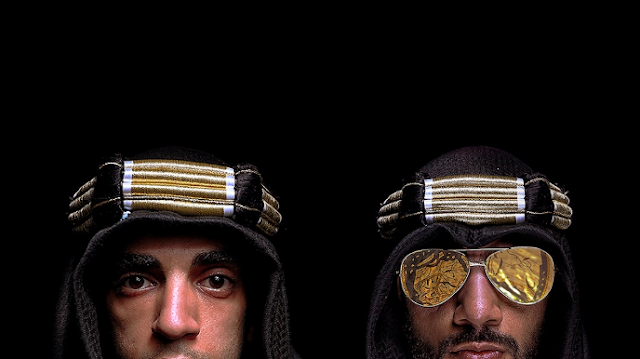 Below is a list of few Khaleeji Rappers you should know about. These are rappers that are GCC Nationals.
*** Please feel free to send me others & I will add it
Rappers should be from GCC (Saudi Arabia, UAE, OMAN, Qatar, Bahrain, Kuwait)

April 23rd,2018 marked Menon's Birthday and on that day he released his album entitled "Epiphany Of A Misfit" - The album is produced by Dubai based producer "Rayan" who is definitley making a huge name for himself in the region. Menon for me is one of the best rappers in the city and hes someone who is working very hard to reach his goals.

The launch was held at "The Fridge" in Dubai & it was part of their "Concert Series Events". Dj Liutik opened up the night with an incredible set and rappers Moh Flow & Freek took the stage with each performing 3 of their hit songs.

Event was hosted by myself and I always love supporting these guys!

Menon then took the stage with Rayan on the decks and electrified the crowd with his energy and passion. He even got his mom on stage! 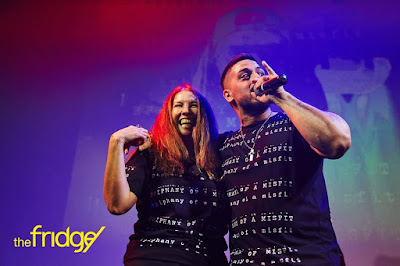 Menon's album is well structured and has diversity of topics ranging between relationships, community and also a track about his father which is entitled "1952" and it features Iraqi Singer/Songwriter Shébani. The track is my favourite in the album.
Let me know which track you feeling! 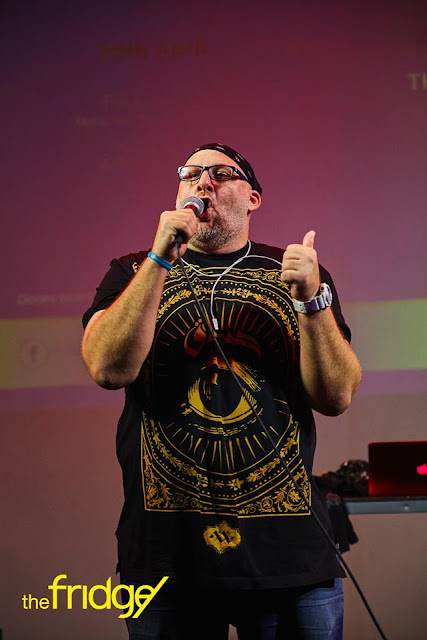 Album dropped EXCLUSIVELY on Anghami for one week. You can play/Download & STREAM it for Free below...