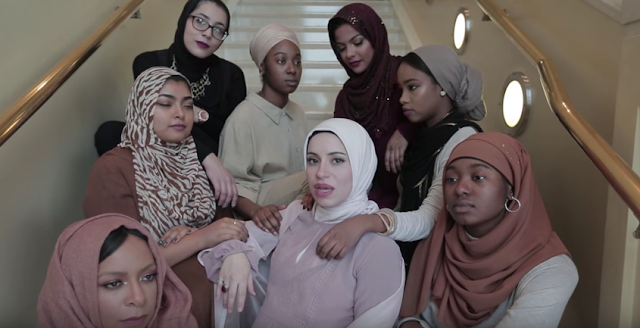 I think this is dope. I find it strange that some people are "offended" by this yet they let all the stupid "champaign bottle poppin'/twerking" go by and they even promote it.

That's how you beat those stereotypes..

Salute to the team. Be you 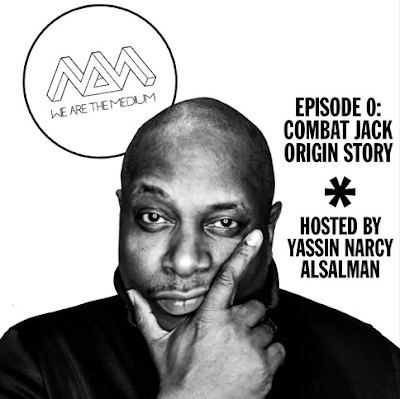 Iraqi/Canadian Artist Narcy has always had my respect. He's someone I look up to. He's currently teaching one of Canada's only Hip-Hop courses at Concordia University in Montréal.


Check out his song "Free" which is truly incredible as well, directed by Ridwan Adhami

WATM (WeAreTheMedium) which is a creative collective that Narcy is heading at the moment is also now a podcast and the first guest of that podcast was also one of my favorite people! I love The Combat Jack Show, If you don't know it.. please get acquainted..its a must if you're a fan of Hip-Hop..

Long story short, this convo between Narcy & Reggie is a MUST LISTEN, so go ahead, click play 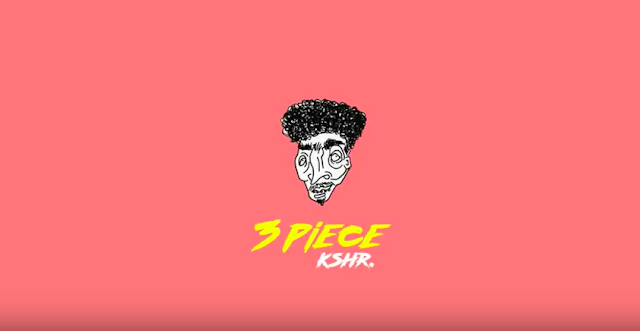 I've known Kshr Abz since 2011/2012, I remember he was & hopefully still a fan of my radio show "Laish Hip-Hop?" - I hosted him on the show as well. I liked his flow and I always want to give a platform to artists to express their talent.

Life is a journey and I am now broadcasting my show from the UAE and Kshr is building his own following in the UAE and on the web,  I believe he's got loyal fans and people behind him that push him & support  his music. 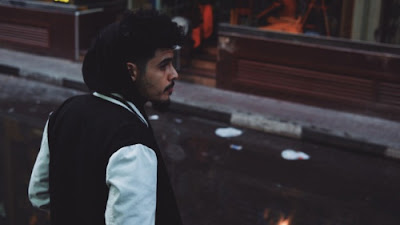 He just released this video for his track "Campaign" ft 1 Take Nandos (produced by Blue Nova), this track was part of his EP called "3 Piece" that has 2 other songs that fit the same vibe


I asked him to talk about the track, he gave re-volt this answer "This song is just talking about me having people behind me.....Team too strong I might run for president....Squad running like a campaign is the hook.. it's a track you celebrate with  your circle, your close people that support you and move with you"

He is trying to target a different crowd and I love that he's always experimenting. Check out the video below 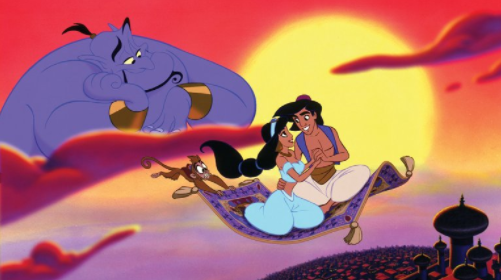 So Disney has put a casting call for a live-action FEATURE FILM adaptation of ALADDIN !!

They doing things right getting acts from the Middle-East!! 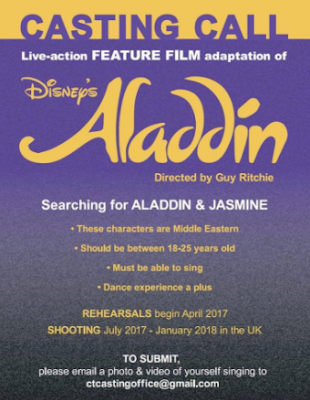 Iman Al-Shaybani has just posted this on Youtube and I truly believe that Disney should consider her. 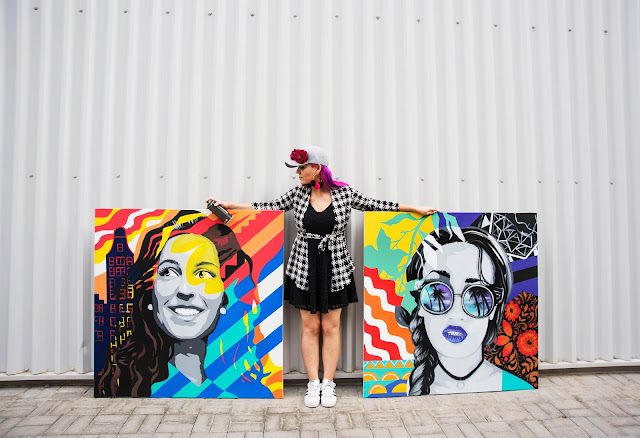 Dina Saadi is a visual artist based Dubai. She was born in Moscow and raised in Damascus. She holds a BA in Visual Communications.

She has completed many artwork in public spaces across the Middle East, Europe, Asia and the US. Her style is influenced by Pop Art, rich in colour and pattern. Dina believes in changing the world through art and transforming public spaces into galleries.
She is very passionate about empowering Arab women to use the streets of the Middle East as their canvas. 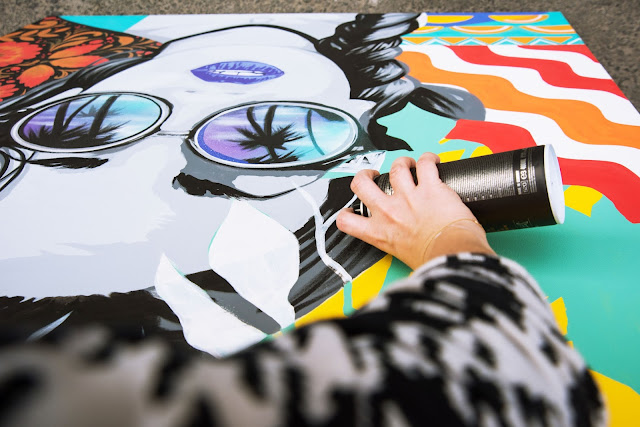 Dina, living and working in Dubai, focuses on her career as a visual artist, muralist and video blogger that travels around the world documenting the various stages of her journey and process.

Dina Saadi was artist in residence at thejamjar from 15 January to 9 March.

She is holding a Solo Exhibition in Dubai at JamJar from
13-23 March,2017 that I truly recommend you checking out. I had the pleasure to take a sneak peek and I LOVED IT !!
Here's the flyer: 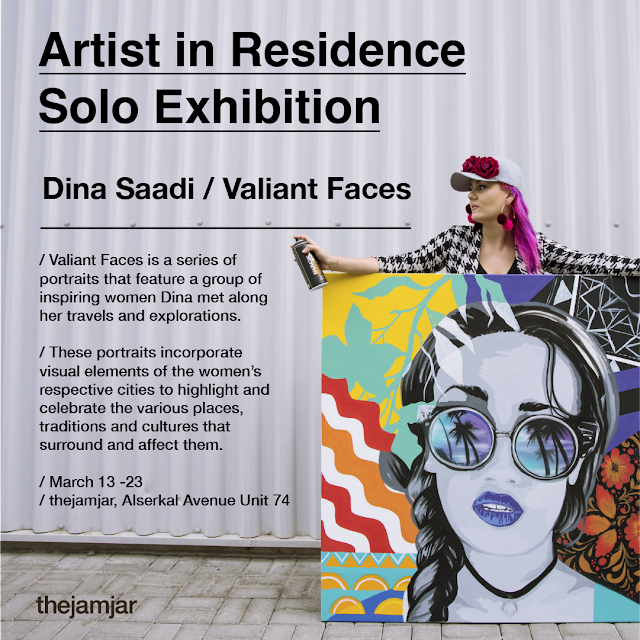 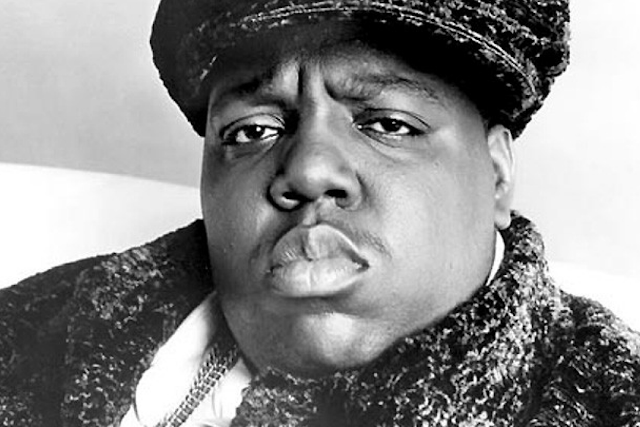 "You never thought that hip hop would take it this far" those lyrics sang by Biggie Smalls in his track "Juicy" impacted me in a great way. This was the first Hip-Hop track I listened to and back then my English wasn't that good at all, but I remembered what I felt.. it felt good, his vibe, his flow got to me.

This track was released in 1994... all I could say is that 17 years later, that same kid that heard the track "Juicy" and fell in love with Hip-Hop is now the man who launched Saudi's FIRST & ONLY FM Hip-Hop radio show promoting the true essence of Hip-Hop as a culture and supporting local talent on the radio... BLESSED 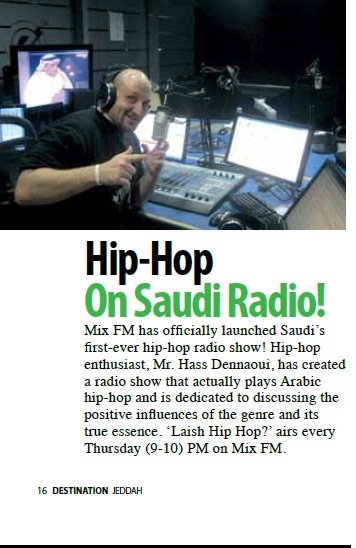 May Biggie's soul rest in power. I can't believe that he had that much impact with ONLY 2 STUDIO ALBUMS "Ready to Die (1994) & Life After Death (1997)". He was only 24 years. Biggie is gone but NEVER FORGOTTEN. The ONLY king of NEW YOUR